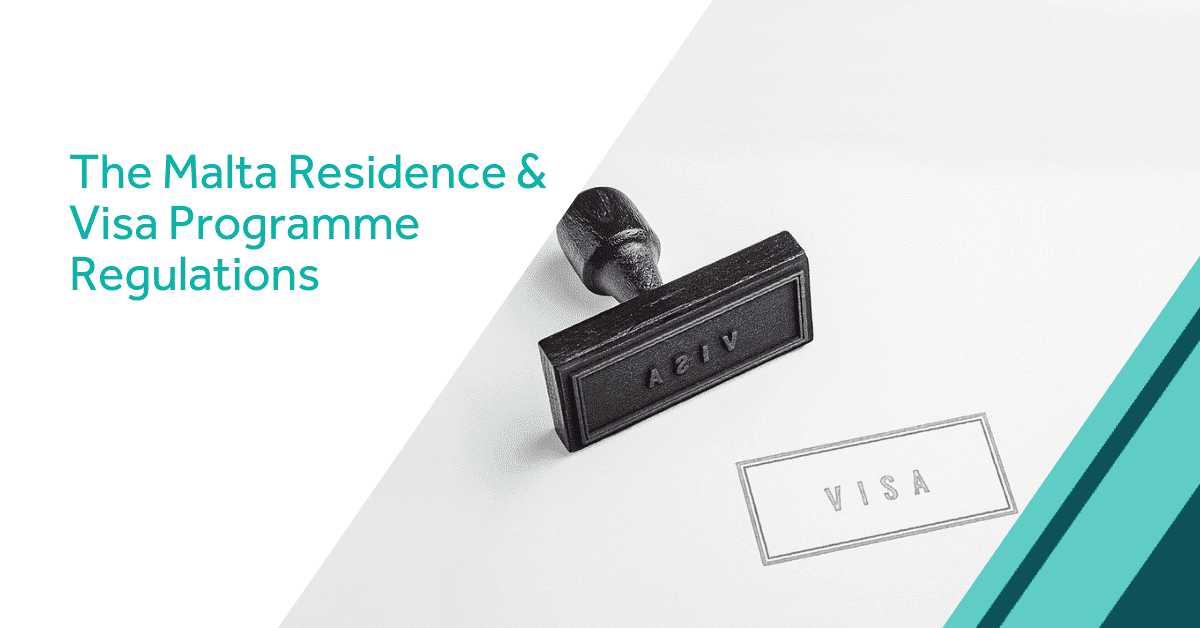 Malta has introduced a residency scheme in terms of which a residency permit is granted confirming the right to land and remain permanently in Malta, to individuals who satisfy specified conditions. The certificate entitles the beneficiary and his dependants to reside, settle and stay indefinitely in Malta

and constitutes an e-residence card entitling the holder to travel within the European Union, together with a valid travel document, without needing to request a visa.

The certificate is monitored annually for the first five years from its issue, to verify adherence to the conditions and every five years thereafter.

Registered dependants for the purpose of the regulations are defined as individuals who have not benefited from any other residence scheme in Malta and have any of the following relations with the applicant:

The certificate is issued subsequent to a due diligence procedure and the confirmation of the payment of the required contributions and proper background checks carried out by Identity Malta.

Once the certificate is issued, Identity Malta annually monitors the applicant and his dependants to ensure that all the following conditions are met on an ongoing basis:

he is a third country national and is not a Maltese, EEA or Swiss national;
he is not a person who benefits under other residence schemes;
he holds a qualifying property for a minimum five (5) year period from the date of issuing of certificate;
he holds a qualifying investment for a minimum period of five (5) years from the date of issuing of certificate;
without prejudice to any other provision of this regulation, he is in receipt of stable and regular resources which are sufficient to maintain himself and his dependants without recourse to the social assistance system of Malta;
he and his dependants are, in possession of a valid travel document;
he is in possession of sickness insurance in respect of all risks across the whole of the European Union normally covered for Maltese nationals for himself and his dependants;
he provides an affidavit declaring that from the date of the application he either has an annual income of not less than hundred thousand euro (€100,000) arising outside Malta or has in his possession a capital of not less than five hundred thousand euro (€500,000).

If any of these conditions are not satisfied on an ongoing basis, the beneficiary ceases to benefit from the certificate issued under the regulations. The benefits of the programme are also lost if the applicant:

Upon the issue of the certificate, once the beneficiary and his dependants take up residence in Malta, he will be deemed to be resident in Malta if on an annual basis he spends more than 183 days in Malta. Unless he expresses the intention of staying in Malta indefinitely he will not be deemed to have acquired a Maltese domicile. Therefore as a resident non domiciled individual he will be taxable in Malta at the resident tax rates (unless he is a beneficiary in terms of the Global Residence Programme which provides for a flat tax rate of 15% on foreign source income remitted to Malta and 35% on Malta source income), only on foreign source income which is remitted to Malta and on Malta source income.

Any foreign source capital gains are not brought to tax in Malta even if remitted to Malta.